What Does the Skidding Car Button (Traction Control) Do? Have you ever wondered what the skidding car or slippery car button does on your dashboard?

What is Traction Control?

This is a fantastic safety feature that is meant to help drivers maintain stability and control when driving in treacherous weather conditions or when the vehicle is abruptly stopped.

There are sensors in the wheels that sense what wheels are slipping; then automatically, brakes are applied and power transferred to the non-slipping wheel.

The best part is this is all done electronically, you don’t even need to think about it.  There used to be a time when you would have to feather (or lightly pump) the gas pedal to get a similar effect.

I lived in Maine for thirteen years, and I wish I looked up how this feature works a long time ago; it could have helped me get out of some tight situations. How does your vehicle know when to engage the traction control system?

There are sensors in each of your wheels that relay information to the Power Control Module (PCM). I guess you could refer to this as the brains of the operation.

When the power control module senses a loss in traction to one of the wheels, it reduces engine power and applies the brake to the slipping wheel.

Want to Get Unstuck

Click over here to see how traction control can impact your ability to get unstuck.

At the same time, it also transfers power to the wheels that still have good traction.  This allows you as the driver to maintain control of the vehicle.

This does not, however, give you the right to be reckless when driving.  Slow down and use common sense when driving in these sort of conditions.

Are There Benefits of Turning Traction Control off?

So are there any benefits to turning off the traction control system, by pushing the button.  When I turn the system off in my truck I get a red light with a swerving car that says “LSD OFF”.

In case you’re wondering LSD refers to Limited Slip Differential; now there is a slight difference in limited-slip differential and traction control.

That difference being that limited-slip differential is a mechanical safety feature and traction control is an electronic safety feature. But we can go more into that at another time.

The point is, I get a red warning light on my dashboard.  So, I tend toward just leaving it alone, I don’t even think about it and when I have turned it off I didn’t notice any change in driving.

The purpose of the traction control system is to keep the driver in control of the car if one of the wheels is starting to slip. Say, for instance, you live in Florida (I do) and you get your daily afternoon downpour.

It is very common for your vehicle to lose traction with the road when there is that much water flowing over the road surface. So I leave the safety feature engaged.

Now, I used to live in Maine, we didn’t have copious amounts of rain in Maine; we had snow, for months on end. A vehicle could easily get stuck in a driveway or parking lot when the snow compacted.

Now again, the purpose of the traction control system is to transfer power from wheels that are slipping to the wheels that grip.

When your wheels are spinning on slippery snow, is a perfect time for the traction control system to engage. But, you don’t want it to engage.  You want a certain amount of spinning to break free from the snow you are stuck on.

You see, when your vehicle is stuck in the snow like this, you have to rock it back and forth, quickly, to get it moving again (find out more about that here).   The traction control system will prevent you from getting this traction.  What I have found is this is really the only occasion when it is beneficial to turn off the traction control system.

In my research, the only time it may be beneficial to turn this feature off is when your car is hung up in the snow and ice.  Then you need a certain amount of momentum, by rocking your vehicle back and forth,  to break free and get your car moving again.

Now that we have discussed that, does turning traction control off improve performance?

Well, this is a subjective question and it depends on whom you ask, as well as, what kind of car you are driving.  Again, the traction control system is a safety feature, and some feel that it is another nanny system that takes the fun out of driving.

Some people religiously turn the system off, every time they get in the car.  They claim they don’t need it and notice no difference with or without it. When the weather takes a turn for the worse they turn it back on.

Some people say that they notice improved gas mileage and a little bit less tire wear on their vehicle. These are circumstantial accounts that may or may not be true.

What I have read to be consistently true and the only real indication of “improved performance”  when traction control is off, is the ability to smoke your tires.  That’s it.

I have read accounts of people in fairly muscled up Dodge Chargers and Corvettes that say when they are coming out of a red light or accelerating from a stop they can’t spin the tires with traction control on.

This makes sense since the system is designed to prevent this; very action. So they disengage the system to make their tires squeal.

I am far too old and practical to condone this behavior; if I see a puff of smoke coming from my tires all I see are dollar signs dissipating into the air. But if you are looking for a benefit of turning traction control off, there it is.

If you have a souped-up muscle car and you want to impress someone by smoking your tires. Turn your traction control off, but make sure you re-engage it when you get down the road.

To offer a counter-argument for keeping it on; and again, I can not condone this, just noting another instance of “improved performance”.  People have reported taking corners at higher speeds with the traction control turned ON.

Perhaps entering or exiting a freeway or an on-ramp.  They felt there traction control kicking in when they were coming around the corner. They also noted that it was 4:30 in the morning and the road was empty.

To reiterate, the slippery car or skidding car button is the traction control button; and pushing the button disengages the system.  It is a built-in safety feature to help you as the driver to maintain control of your car.

There is no documented evidence that suggests turning this feature off offers any benefits.

There is only anecdotal evidence, offered by casual drivers if they want to have a little “fun” when driving.  In my opinion, don’t push the button, chances are you’ll forget to turn it back on.

For new and old drivers alike the traction control system is there for your safety, please use it. 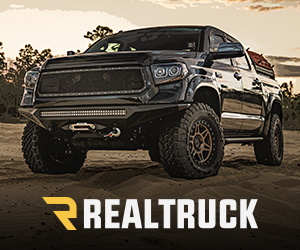 What Does PSI in Tires Mean? Do Jumper Cables Go Bad? What You Should Know!